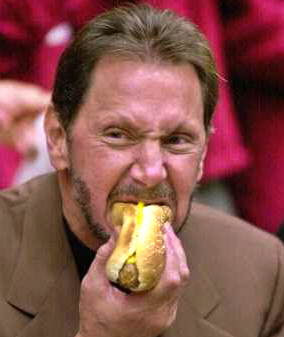 MySQL was “bought” by Sun last year, as you may know. The fact that this is significant sort of illustrates one of the reasons I didn’t like MySQL from the moment I met it in 1997 or so. It’s only like half in the game as far as being free and open source. It is tied way too much to MySQL AB, the company, and the way it is licensed is totally shady. Anyway, now Sun is dying and Larry Ellison is about to scoop it up. Monty, the MySQL guy is whining to the Internet, trying to get the European Commission to block the deal. It’s a sad story, but if Oracle doesn’t buy Sun, they will just need to get bought by someone else or go out of business. The real sad part of the story is the death of Sun, one of the original great Internet companies (my other favorite being SGI which met its fate years ago). In any case, MySQL’s future is dark and cloudy.

That is why I’m just going to go ahead and plug my favorite database, PostgreSQL. You should check it out, it’s awesome. It is way more powerful than MySQL and the licensing is better. It was built from the ground up to be a real database, not some tinkering project like MySQL. If you are running a project, especially an open source one, that is dependent on a database, you should take a serious look at PostgreSQL and consider making it your database of choice.